The formation of the FSC in 2016 was motivated by the deep concern of firearms organisations for continued community safety and firearm user safety training. If the Firearms Safety Council had a by-line it would be: NO RETURN TO 1969.

In the first New Zealand Arms Code, published in 1969, the Commissioner of Police of the day noted a non-intentional (not criminal, not suicide) death or injury with firearms on a weekly basis, with one event a month happening in the home environment, often involving children.

From 1969 to 2016 this reduced to about 10 non-intentional deaths or injuries with a firearm in a year, and an incident in the home, and especially with children involved is almost non-existent – with just 3 or 4 cases in the last 20 years to 2018.

The objectives of the Council are:

To provide advice to government agencies and other organisations, such as the media, on firearms safety related matters.

To undertake research which will help set and promote firearms safety standards for individuals and organisations engaged in firearms related activities.

To gain adequate FSCANZ representation, where desirable, on such public bodies or organisations nationally and internationally whose functions are deemed important to or affecting the Council.

To provide publications, technical information and other material that will promote safety and self-reliance in all shooting activities.

To promote and offer support for the delivery of community based educational courses on firearms safety.

To do other things as may be necessary, incidental or conducive to the attainment of the Council’s objectives.

·         Rachael grew up in the South Island High Country where firearms were a tool of the trade and in the distant past, hunted. She is a current holder of serval endorsements.

·         Rachael also held a gun licence in the UK for many years and was a partner in a firearms related business that required a strong focus on safety and good relationships with County police responsible for firearms.  In New Zealand she is a partner in a business supplying blank ammunition and theatrical armourer services.

·         In 2020 Rachael was appointed by the Minister to her second term on the NZ Game Animal Council. Original appointment commenced in 2017.

·         Rachael shoots fixed target rifle, service rifle and is a past pistol shooter.   She is currently Treasurer of Wairarapa Pistol & Shooting Sport Club. Prior to that she was Secretary/ Treasurer of Otorohanga Rifle Club. She is also a member of Antique Arms; Sporting Shooters NZ , New Zealand Service Rifle Association and is an independent member of New Zealand Council of Licensed Firearms Owners Inc..

·         Rachael was the rural representative on Police Firearms Community Advisory Forum (“FCAF”) from 2016 to 2018 and the spokesperson for Rural Women New Zealand on firearms matters. Work included preparing press releases, being the contact point for media, meeting with MPs and writing and presenting submissions to select committees.

·         Rachael was a member of the Ministry of Education, Schools Health and Safety Sector Reference Group on firearms in schools in 2018.

·         Rachael’s professional qualifications include: Chartered Accountant; Certified Internal Auditor and Certified Fraud Examiner. She is also a member of the Institute of Directors.

·         Rachael has a diverse range of governance experience including as Chair. She was honoured in 2019 by being made a Member of the New Zealand Order of Merit in recognition of her services to governance and community. She was also honoured in 2018 by being selected as one of the 125 women chosen for the Waikato125 project that is, one of 125 Waikato women who have been instrumental in leading and driving change for women.

From 1983 till 2016 I was a sworn member of Police, retiring from Police in 2016 at the rank of Inspector. Between 1998 and 2012 I was the Manager Licencing and Vetting, and then I relieved the Arms Control position until March 2013.  As Manager Licensing and Vetting I had national responsibility for the coordination of arms control. Part of my role involved policy, legislation and practice of firearms control and licencing.

Except for a few brief months following my transfer I am the last permanent appointee to the arms control position in NZ Police.

I was on the delegation for two UN seminars: one a regional seminar in Fiji, the other, in 2006, a two- week meeting at New York on the Programme of Action on the Proliferation of Small Arms and Light Weapons. I also advised the Law and Order Select Committee on arms amendments and represented Police in media relating to the safe use and control of firearms at a national level. I am a member of the international reference group for the development of the UN International Standards for Arms Control. I am also a certified range inspecting officer and have trained as a range conducting officer with NZ Deerstalkers Association.

I am warranted as a Firearms Safety Instructor by NZ Police.

I have published research into incidents in which one deer hunter shot and killed another.

I am currently a Lay Pastoral Leader with the Catholic Church, based in Wellington South.

Treasurer for FSCANZ – Now retired Phil spent his working life as a Royal Navy Nuclear Submarine Engineer and in NZ as a Marine Electrician.

He settled in New Zealand in 1994 after sailing his own home built yacht here from England.  From an early age he has had an interest in firearms and shooting.

He has served as Secretary of Northland Branch of the Sporting Shooters Association of New Zealand since 2000 and was elected SSANZ National Secretary in 2014. He has previously served two years as National Secretary/Treasurer of the New Zealand Antique & Historical Arms Association and is currently the Editor.  Phil has served for 12 years as a voluntary Firearms Safety Instructor and local area co-ordinator and has served on the Board of COLFO since 2013. He was made an Honorary Fellow of the NZ Society of Gunsmiths for his contribution to NZ Firearm historical research.

Phil lives in Northland with his wife Pam and two dogs and does his shooting with the Military wing of the Northland Black Powder Club. 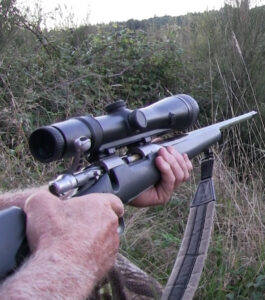 Hunters should stick to the basics and “be safe”
Safe use of hunting firearms is pretty basic, says Firearms Safety Council spokesperson Bill O’Leary. The approaching “roar” and the 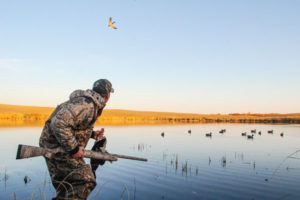 No meat is better than no mate!
Take care when loading and unloading, and positively identify your target, or it could be your mate that you shoot!

Submission on the Arms Legislation Bill 2019
Joe Green – Chair of the Firearms Safety Council of Aotearoa New Zealand My name is Joseph Michael GREEN. I

Chair’s report to AGM 19 October 2019
The FSCANZ has been involved in a number of activities, some of which have made a significant contribution to firearms

Submission to the Select Committee considering Arms (Prohibited Firearms, Magazines, and Parts) Amendment Bill
This submission is made on behalf of the Firearms Safety Council of Aotearoa New Zealand (FSCANZ), which I chair. It 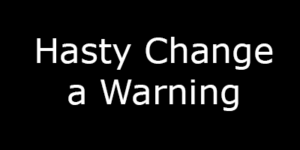 Warning on Hasty Change
Government has announced an intent to change the gun laws in light of the Christchurch shootings.Hastily implemented changes to legislation

You’ll come to no harm in the hills – if you do it right!!!
They’d been hunting all day. It was really hot. One of them decided to head across the gully to check
1 2 Next »

We Are Pleased To Be Partners With The Following Organisations 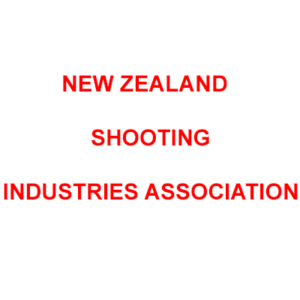 Please feel free to contact us, you may do so via the message form or our postal address and contact phone number are listed below.

We welcome any organisation or individual who has an interest in promoting the safe use of firearms.