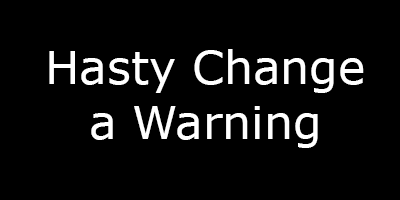 Government has announced an intent to change the gun laws in light of the Christchurch shootings.

Hastily implemented changes to legislation have the potential to work against the safe use and control of firearms. Right here in New Zealand we have an excellent example that is very much relevant to Friday’s tragic events.

Following the Aramoana shootings in 1992 Government acted quickly to address the issue of semi-automatic firearms. Among much political rhetoric the features that were thought to constitute a ‘military style’ firearm entered into law as what we know as a ‘military style semi automatic’, known commonly as ‘MSSAs’.

Ever since, this legal construct has provided difficulties for both law enforcement and users.

While those wishing to use MSSAs have to apply for an endorsement on their firearms licence, undergo a higher level of Police vetting and have in place a higher level of security, other than importation little or no controls were placed on the constituent parts that make a semi-automatic firearm an MSSA. Judge Thorp in his 1997 Review of Firearms Control in New Zealand considered that this created a ‘potential for evasion of the law’. An opportunity that Friday’s offender took advantage of – he fitted large capacity magazines to his sporting firearms, placing himself outside the law.

Little attention has been paid to the ability to obtain large capacities magazines without having to demonstrate that one could lawfully possess an MSSA.

Former Chief Justice Dame Sian Elias said that ‘legislation should be based on solid facts, not pious hopes’. This sounds a warning to legislators. New Zealand already has an enviable record in terms of numbers of death where firearms are the cause.

The possession of firearms in this country is controlled by a licensing regime that has possibly the most intrusive vetting in the world. The firearms community would be concerned at any move to change this process.

Legislators would do well to begin with a close review of the firearms licensing process as it was applied to Friday’s offender. It is after all the mechanism by which he gained lawful access to firearms.

Finally, close consultation with firearms users is going to be essential if we are not to repeat the difficulties of the hastily made changes to the Arms Act in 1992. It is, after all, within this community that the expertise resides. They too are reeling from Friday’s events and looking for answers!

BE SAFE THIS DUCK SHOOTING SEASON

Positively identify your target, or it could be your mate that you shoot!