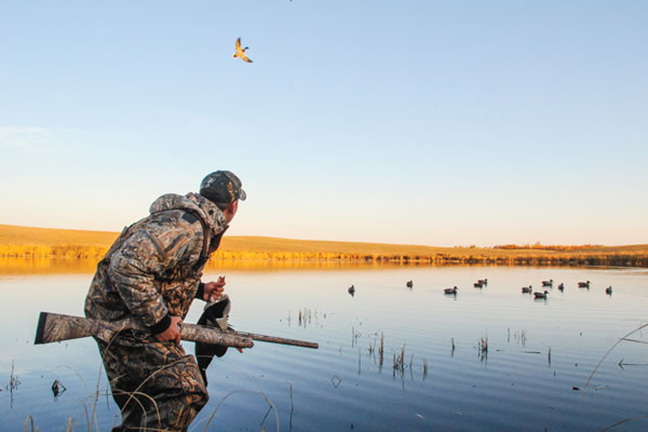 “Safety with shotguns should be a priority for all duck shooters this season” Joe Green advised.

Each year there are incidents resulting in shotgun injuries.  These range from minor to more serious injuries and tragically, from time to time these lead to death or serious injury.

Duck shooters should pay attention to all seven rules of the Arms Code, but especially rules one and five; ‘treat every firearm as loaded’, and, ‘check your firing zone’. “These are the two major causes of incidents during duck shooting”, Joe said.

If moving from place to place with the shotgun, unload it. “Always ensure that the muzzle is pointing in a safe direction”, he advised.

Of course it should go without saying that rule seven is observed – “avoid alcohol and drugs when handling firearms” he said.

If you are going to drink this opening weekend, save it for afterwards, when the guns are safely secured.

Before leaving your shooting area check and double check that your shotgun is completely unloaded including ammunition from the magazine.  Be aware that ammunition can become jammed in tubular magazines so double, double check these.  Before cleaning or securing the gun in your safe at home do another check and confirm that the gun it is completely unloaded.  This practice should also apply in duck shooting camps.  Never let you safety standards slip.

Have a successful and safe duck shooting season.

No meat is better than no mate!